Continually scooping the pool at awards nights, particularly in the fields of innovation and export, bodes well for the future of leading Australian fibreglass boat manufacturer, Steber International.
“We have picked up a swag of awards in recent times”, beams a proud General Manager, Alan Steber, “which speaks volumes for our workmanship, innovative thinking and pursuit of
excellence”.
Recent award wins include:
. Midcoast Business Awards 2017 in the categories of Excellence in Innovation and Excellence in
Export
. 2017 Australian Commercial Marine Group Commercial Manufacturing of the Year (AIMEX)
. NSW Business Chamber Mid North Coast Regional Business of the Year
. NSW Business Chamber Mid North Coast Excellence in Export Award

“We now go on to the State finals of the Business Chamber awards in November but prior to that,
we are in consideration for the Hunter Manufacturing Awards in the Excellence in Export of
Manufacturing Goods category in October”, Mr Steber said.

“Also in October we have been nominated in the Regional Exporter and Small Business categories
of the Premier’s NSW Export Awards.

“In the past 12 months export sales have substantially increased, along with commercial vessels, in
particular Marine Rescue, Police, commercial fishing and charter.

“Next month, defence projects will commence and work is to start on the first 60ft Steber/
Westcoaster.

“We may have appeared absent from recent boat shows but this was solely due to the volume of
builds on our production line and other projects in pre-production”, Mr Steber said. 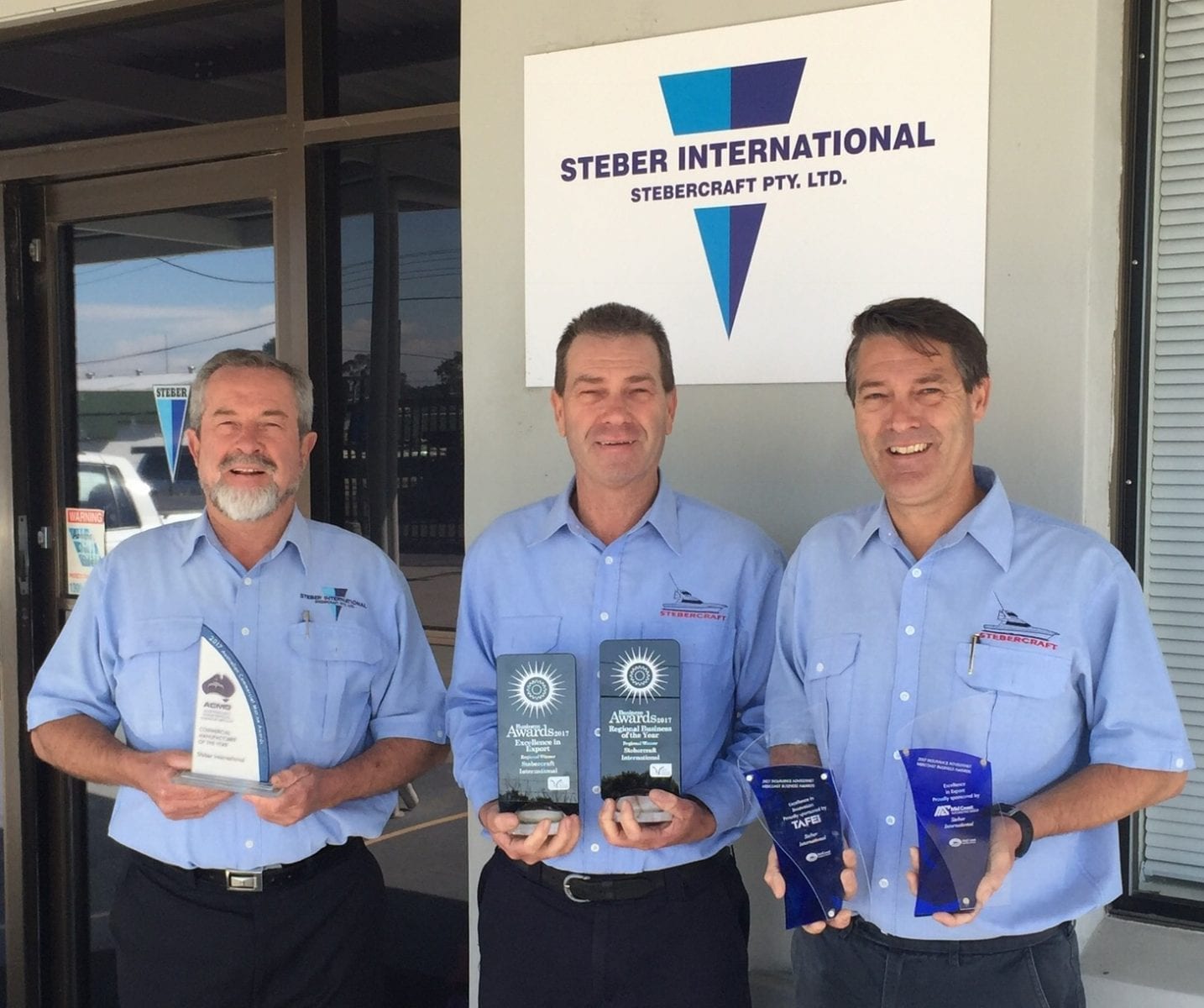 PICTURE SHOWS, LEFT TO RIGHT –  Alan, Colin and Graham Steber with some of the recent award trophies.