With a theme of PAST, PRESENT and FUTURE, the 2016 Hunter Manufacturing Awards showcased the region’s manufacturing sector with images from the past and present as well as the opportunity to have some fun with some futuristic  ideas and products.

The prestigious Hunter Manufacturing Awards, held  at Wests City ON FRIDAY, 21ST October, was HMA’s 12th year of promoting and profiling the region’s manufacturing sector.  With an audience of 500 guests, it was a fantastic opportunity for all in attendance to experience the journey of manufacturers from the past to where they have arrived at in the present day.

HMA Chairman, Bob Cowan congratulated all the manufacturers and praised them for their on-going dedication, tenacity and ability to adapt in a changing sector.

2016 Major Sponsor, DOWNER RAIL, awarded the prestigious award of Manufacturer of the Year to R&R Murphy who also took out the Excellence in Manufacturing Process Award. 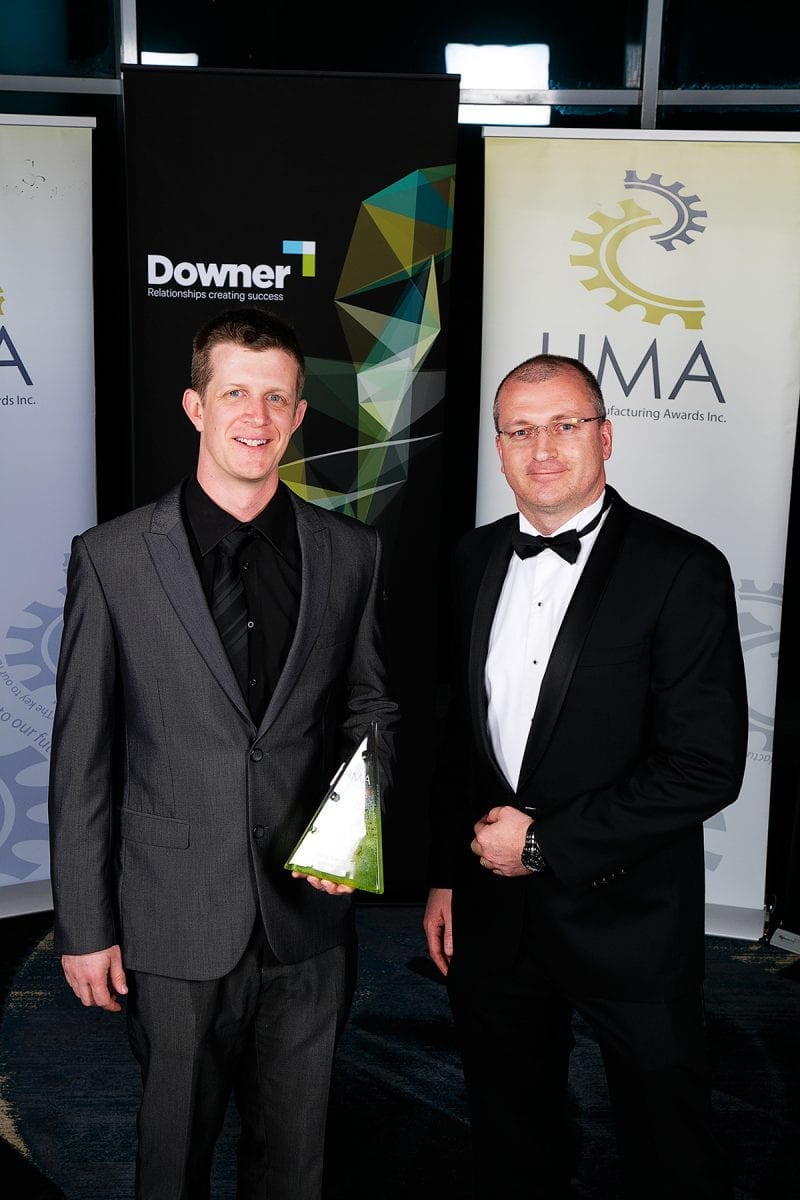 APPRENTICE OF THE YEAR – MANUFACTURING was awarded to EMMA GIBSON who is employed by Hunter Valley Training Company and hosted by LAING O’ROURKE – SELECT PLANT HIRE at Rutherford.  Photo shows Kellie Marks, Field Officer from HVTC accepting the Award on behalf of Emma Gibson, with BAE SYSTEMS sponsor – Andrew Gresham

Excellence in Innovation was won by the HEDWELD GROUP OF COMPANIES – photo shows Kristy Hedley with DAVIES COLLISON CAVE sponsor, Will Hird

Get the latest from Hunter Manufacturing Awards